The formation of the historical city texture of Nicosia, the capital of Cyprus, began during the Lusignan Period.  St. Sophia Cathedral and St. Catherine Church, which have an important place in the formation of the texture, are two of the few works of art still surviving today.  Being a period of destruction for the city, in general, The Venetian Period provided the city walls to Nicosia which still surround the historical texture.  The Ottoman Period brought a change to the historical city texture and Islamic culture and Turkish Architectural construction style replaced the Christian cultures.  A number of architectural works from this period, still existing within the walled city of Nicosia, provided a great contribution to the formation and development of the present day texture, as well as for its sustainability.  The British Period is one which brought novelty to the city texture of Nicosia.  With demolition of historical works and changes in the street and square dimensions, British Colonial Architecture displays the traces of the recent past.  The administrative buildings constructed in place of the demolished Lusignan Palace, still serve at present.  With the beginning of the Period of the Republic in 1960, Nicosia underwent a fast process of development as an important capital in the Middle East.  The traditional visuality in the city texture left its place to contemporary constructions and formations.  The inter-communal conflicts, which started in 1964 on the other hand, negatively affected the formation and development of the city texture, and there was a period of stagnation until the 70s.  The new developments observed since the 70s and the insufficiency of precautions to protect historical texture, caused a deterioration the city texture.  With the position of an open-air museum, Nicosia with its history of over twenty-five centuries has a very rich historical city texture with the legacies of various cultures which reigned over Cyprus and is sustainable in the present, and is therefore an important cultural and touristic center 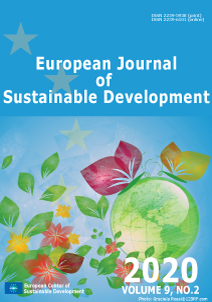