The article is devoted to the usage of identification processes as means of struggle with enemies during “the new wars”. The meaning of the notion “others” is distinguished through the analysis of such definitions as “others/their our” (“other out-group” and “other in-group”) and “others/outsiders”. The actual problems of “the others” for contemporary Ukraine, caused by significant transformations due to Russian aggression which has been lasting since 2014, are shown. Russia-Ukrainian military conflict is an example of a “new war’s” means that ruins a state not only inside but outside. The Russian Federation is depictured using controlled identification processes in the occupied Crimea and so-called LPR-DPR that, in future, may work against Ukraine. The main attention is paid to the difference, basis and directions of forced migrations in the Crimea and the LPR-DPR which were made by the RF. It is determined that in the Crimea the RF actively changes the demographic situation in the Crimea by: 1) forcing the Crimean Tatar population to leave; 2) substituting the Crimean political elite by migrants from continental Russia; 3) populating the territory by Russian servicemen. In contrast to the Crimea, demographic policy of the RF in the LPR-DPR is of temporary character and is directed to the accommodation either of servicemen or the RF’s mercenaries in order to take part in the war. After accomplishing their mission, they will return to the RF. The author analyses the practice of “society compaction” in the LPR-DPR as the means to change the local population into “others/outsiders” for the RF as well as for Ukraine. 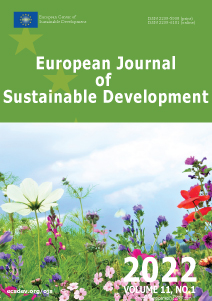