Mathematical Analysis of the Environmental Impact of Throwaway Fashion

The Fast Fashion industry is the second largest polluter in the world. The clothes we wear are impacting the environment during and after use. The amount of clothes discarded each year has increased tremendously. A staggering quantity of around 100,000,000 tons of collective apparel ends up in landfills. Most of the textiles are not disposed of in an eco-friendly way, causing the release of pollutants and greenhouse gases. In some countries, discarded clothes are incinerated to avoid piling up in landfills. Incineration releases toxins from the dyes and chemicals used in the clothing. This study focuses on analysing the money spent on each sector (Landfill, Incineration, Reuse and Recycle) and minimising the costs involved in a particular sector by first forming a mathematical model, and then solving it using Diophantine Equations. Waste management of textile waste has become an issue of major concern since the consumption of fast fashion is skyrocketing each year. Disposal methods like incineration and landfill are taking a heavy toll on the environment. The paper makes some recommendations on how the environment can be saved by reducing the costs. The objective of this study is to create awareness among consumers of the environmental impact their purchases are causing. 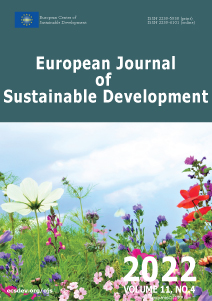